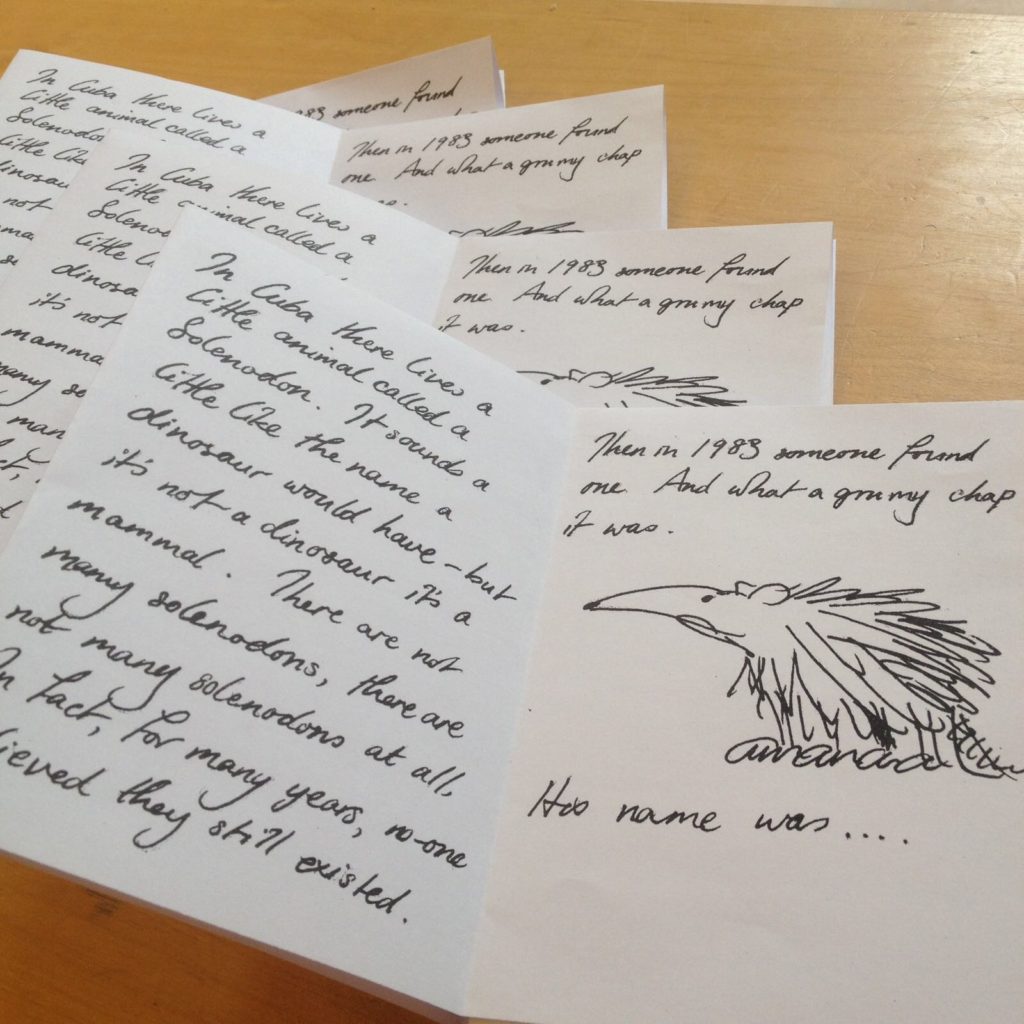 Last week we shared an interview with writer and illustrator Martin Brown –one of the UK’s most prolific contributors to the children’s book industry and best known for his work on the Horrible Histories series. More recently, he has written and illustrated his own non-fiction book for children, Lesser Spotted Animals and is currently developing a follow up. We were incredibly lucky to have him as a guest at our Dare to Write Library installation at the Eden Project during the February half-term. While visiting us, he started his own story which ends in a challenge for you to complete.

Martin decided that his story would have a rather unusual main character, the solenodon. As one of the many real creatures featured in Lesser Spotted Animals, Martin had to do a lot of research about the solenodon before he could write his book. The brief facts he tells us about it here are true.  Telling the rest of the story is up to you.

If you’d like to do your own research before finishing the story, you can find out more about these amazing creatures here.